The world is watching us. They are watching the gridlock in Washington, a political environment perpetuated by racism. It’s not necessarily Obama that Putin sees as weak, but America destroying itself with one self-created crisis after another. More than $200 billion, and counting, have been wasted as a direct result of the Republicans' irrational and indefensibly childish obstruction in Washington. Now they are raising money off of the Benghazi tragedy and praising a Communist leader while trashing their sitting president. Virtually no one in this party has the strength of character to stand against the unfathomable, inarguably evil endless campaign or the grave, perhaps irrevocable damage it is doing to the nation.

200 Billion And Still No Jobs Bill

Congressional Republicans recently announced a new round of hearings into the tragedy in Benghazi, Libya, assembling a semi-permanent “select committee” consisting of seven Republicans and five Democrats the committee can and will out-vote at will. Democratic lawmakers are considering declining to serve on the committee, the hearings being an obvious show trial with a predetermined verdict of guilt aimed squarely at the political agendas of U.S. President Barack Obama and his former Secretary of State Hillary Clinton. This is the latest multi-million dollar waste of time and money from a Republican-led Congress that has refused to function as a legislative body since this president’s 2008 election. Rather than govern, legislate or lead, this Congress has done absolutely nothing but engage in Wyle E. Coyote-style futile politics baldly aimed at subverting two U.S. national elections. The core problem is today’s Republican party is virtually owned by extremists whose loyalty is first and foremost to political ideology and not the American public.

These ideologues, who routinely rail against this president over his wasteful spending, cast 50 knowingly futile Congressional votes to repeal the Affordable Care Act at a cost estimated at more than $72 million (CBS News). They held hostage the nation’s credit rating and the global economy by refusing to approve a routine increase in the nation’s debt limit, then successfully blamed the president for the unprecedented downgrading of the nation’s credit, which has cost the nation an estimated $100 billion per year (JP Morgan) and the world perhaps trillions of dollars. A knowingly futile government shutdown cost the nation over $24 billion in lost productivity (Standard & Poor’s). Virtually all the GOP-led Congress has done during this president’s six years in office is waste obscene amounts of money on failed political attempts to depower the legitimately-elected president of the United States while successfully painting the president as a tax-and-spend money waster, ignoring the fact that, on this president’s watch, the unemployment rate has dropped from nearly 10% to 6.3%, the deficit has been cut in half, and the U.S. Government employee base is the smallest in modern history.

Most of this is lost on the American public because most people don't bother to look anything up and the White House Communications office is absolutely dreadful at getting the message out that, despite the childish and historic Congressional obstruction, this president has quietly gone about the work of the American people. Unemployment hit a low of 6.3% two weeks ago and yet all we hear is the Republicnas continuing to bash the president and forecast economic doom for the nation. This is the chief weakness of the Obama administration: they simply suck at messaging. Friends and foes alike hear only Republican harping: wasteful spending, high unemployment, ballooning debt—none of which is actually true. And now, let’s waste another $14 million dollars beating the dead horse of the non-scandal of Benghazi while blatantly stacking the decks politically. This is after thirteen previous hearings conducted by eight Congressional committees. These people absolutely refuse to stop campaigning.

As I’ve said over and over, Republicans know their base is stupid, irrational, and bigoted against a black president. Bigots are desperate for rational reasons to justify their irrational impulse toward hatred. For, without some justification, they’d actually have to come to terms with their bigotry rather than continue to live in denial. Since this president’s first campaign, conservative pundits have made their life’s work delivering absurd and obviously untrue justifications for the ignorant bigotry of their low-information supporters. These are people who are not motivated, ever, to actually look anything up but who instead take ridiculous people like Sarah Palin at face value as she and her unfathomably unscrupulous peers put on an obscene and patently obvious high-camp campaign to gin up their racist supporters, assuaging their conscience by assuring them they are not actually racists: there actually was a conspiracy, back in 1961, to put a foreign-born black man named Barack Hussein in the White House. Only the most psychotically desperate people, awash in and in denial of their own racism, could possibly believe that. But the numbers are there—by the millions—a revelation unsettling to most thinking people: the human waves of the gullible who simply hate this president for not rational reason.

So, here we go again with Benghazi. Any reasonably educated adult can see, before these hearings even begin, that the verdict will be some terrible criticism of Obama and Clinton because criticizing Obama and Clinton is all Congressional Republicans actually do. They don’t actually do, have never actually done, the actual jobs the American public pays them nearly two hundred thousand dollars apiece to do. All they actually do is campaign. And, by campaign, I mean stir up dissention against a sitting president, which is actually a crime of sedition. The nadir of this effort has been Congressional Republicans expressing admiration and respect for Communist Russian President ne-dictator Vladimir Putin while criticizing a sitting U.S. president in the same breath. This is the kind of ideological whiplash these guys should have been censored or even impeached over (can you even imagine Congress praising Nikita Khruschev while badmouthing President John F. Kennedy during the Cuban Missile Crisis?). There seems to be absolutely no boundaries to the extremes these hateful, evil men and women will go in their futile effort to discredit and undermine a sitting U.S. president and routinely violate public trust as their Never-Ending Campaign undermines a nation. 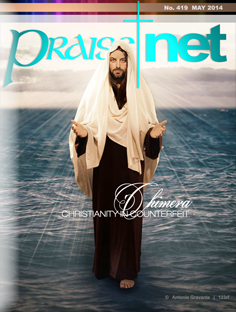 I beseech you therefore, brethren, by the mercies of God, that you present your bodies a living sacrifice, holy, acceptable to God, which is your reasonable service. 2 And do not be conformed to this world, but be transformed by the renewing of your mind, that you may prove what is that good and acceptable and perfect will of God.

The Ukraine:
How Did We Get Here?