The Mafia profits by operating outside of the law and by conducting business by means of coercion and violence. This is not to be admired, but to make the point the Mob serves a specific purpose among a specific demographic. The church exists for its own set of strategic rationale and to serve its own demographic. Unlike the Mafia, however, our focus is far less disciplined and our business model is more didactic and dysfunctional. The New Testament paints a vivid portrait of the Church of Jesus Christ, but somewhere along the way, most especially in our cultural accretion of our African American church tradition, we have lost our way. In that respect, we could learn a lot from the Mob--at least the way the Mob is supposed to work.

There is no Mafia.

That's the first thing I want to share with you about the Mafia: There Is No Mafia. How do I know? Because someone who was definitely not part of the Mafia told me so. And I believe him because believing him is healthier than not believing him. I have had friends whom I really enjoyed hanging with but whom I did not want to know where I lived. These were funny guys--older mentor-types, a couple of former NYPD detectives who used to pull .38's on me at traffic lights just to see that look on my face. Well-dressed Italian-Americans who no one could prove were connected to any fraternities which may or may not exist, but who always got us the good table at Perigone's. There used to be a joke that the safest pace to park on Staten Island was the employee lot at my job because everybody on the e island--even the junkies--knew who owned that business. It was all very congenial, mainly because I conducted no business with these folks, all good family guys. I just, y'know, knew them from around the way. Funny. Incredible sense of humor, these guys would have you in stitches. I always knew that, if I were in trouble, I could make that phone call. But I never did because I never wanted to be in these guys' debt. I was 19 years old driving brand new Lincoln Town Cars right off the lot. Which Way Armand and Freddie The Nervous (not making this up) would just toss me the keys, take it for the weekend, don't wreck it. I had the opportunity to go back stage and meet Frank Sinatra, but didn't go. No offense to Mr. Sinatra, but there was a circle I didn't mind occasionally running up against the periphery of but never wanted to actually enter into. I was hardly a connected guy. I was, at best, a distant friend, once or twice removed, from people who may or may not have known a connected guy. Whatever I was and whatever those relationships, the one lesson I earned for certain: There Is No Mafia. Why? Because people who were definitely and absolutely not in the Mafia told me so. And that was my health care plan: believing that to be true.

SSince the Mafia doesn’t actually exist, when I say “Mafia,” here, I’m actually talking about Mafia films— The Godfather. Goodfellas, Donnie Brascoe—and, of course, HBO’s venerated series The Sopranos. The Sopranos was lauded by the Writer's Guild of America as “The best-written TV show of all time,” about which I respectfully disagree. HBO’s The Wire was, hands down, the best-written TV show of all time, but I digress. The Sopranos was unquestionably a brilliant show. Difficult to refer to it as a drama, but it was far too dramatic to be thought of as a comedy. I’d never seen the show when it was airing; I actually don’t watch live TV at all. But I did sample the box sets and eventually saw the entire series. The late actor James Gandolfini masterfully led an inspired cast of colorful characters in what is most accurately described as a family drama. Raising a young son and teen daughter, Gandolfini’s Tony Soprano was a woefully self-absorbed Mafia captain promoted to boss after his close friend, the acting boss, dies of cancer. Tony is married to an equally self-absorbed bourgeois housewife, wonderfully played by Edie Falco, who lives in her own snow globe of self-absorption; in denial about what her husband actually does for a living while insatiably reaping the benefits. Confronted by a psychologist who refuses to take her money (which he aptly calls “blood money”), Falco’s Carmela Soprano becomes deeply disturbed by the psycho-emotional deflowering but ultimately cannot bear to go without the luxury her husband’s profession provides. She arrives, ultimately, at a place of compromise, firewalling off Tony’s criminality by choosing to know (and suspect) less than she obviously does.

In other words, Church Folk behavior. All that hollering and crying out and speaking in tongues (or pretending to), rolling in the aisle, smearing your makeup, but there are the little compromises, the little sins, the looking the other way or excusing behavior and situations which challenge integrity. Like Carmela, there are things many of us simply cannot or are unwilling to do without; things that feed and sustain us in unhealthy ways and which are ultimately destructive. Yet they remain fixtures of sin our lives, even as we run around calling ourselves “Christians.”

Wiseguys, at least as depicted in these films, are very religious. The church plays a big role in their lives—weddings, funerals, baptisms. Many mobsters are depicted as contributing generously to the church and having at least reasonable relationship with their priest—who likely disapproves of the monster’s lifestyle while being g compelled, nonetheless, to serve him as a spiritual advisor. Church Folk are also religious. This differs from spiritual because religion is largely external while spirituality is first and foremost a matter of deeply intimate individualism. Religion begins with an external force or act, a connection with a group or entity. Spirituality begins with a thought process, alone, in your pajamas, a choice to engage with something or Someone beyond your comprehension. Many people arrive at our churches after having spiritual awakening or encounter, only to then be diverted into religion and, ironically, away from spirituality. The two are largely incompatible as our religion demands of us external acts while spirituality forges internal conviction. I will not lie. Not because lying is bad (religion) but because lying is stressful and, therefore, defiles self (spirituality). I will not engage in casual sex. Not because it’s a sin (religion) but because it is a selfish act which exploits a weakness either in myself or my partner and can create unforeseen emotional and physical complexities beyond the moment (spirituality). 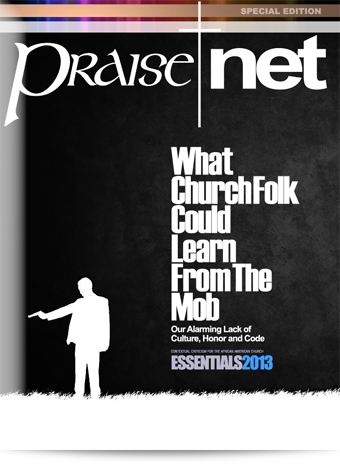 Blessed is the man who does not walk in the counsel of the wicked or stand in the way of sinners or sit in the seat of mockers. 2 But his delight is in the law of the LORD, and on his law he meditates day and night. 3 He is like a tree planted by streams of water, which yields its fruit in season and whose leaf does not wither. Whatever he does prospers. 4 Not so the wicked! They are like chaff that the wind blows away. 5 Therefore the wicked will not stand in the judgment, nor sinners in the assembly of the righteous. 6 For the LORD watches over the way of the righteous, but the way of the wicked will perish.
—Psalm 1