Christ’s loyalty was not to the political framework or even to a “Christian” culture but to the eccentricities of the specific case. He dealt with the person before Him—one on one, just as she was. He neither condemned nor defended her choices but, instead, offered love and forgiveness. Our zeal to “help God out” by using the political process to force our values upon the nation suggests God is too weak to assert His will on His creation, which denies the power of the Holy Spirit, which is called blasphemy. Only an un-Christlike hubris makes us believe we are actually pleasing God by demonizing people or exhausting ourselves trying to oppress them.

I keep forgetting to unsubscribe to a local church newsletter that sends me daily ravings from a conservative pastor whose main message is not Jesus or even love but Bash Obama, Bash Gays, Rail Against The Supreme Court and solicit donations to fix potholes (not making this up) in Uganda. For Pulpit Freedom Sunday, this man used church funds to make a donation to the Romney campaign while proceeding to use his “sermon” to bash and openly disrespect the sitting president of the United States, in full view of his sizeable black congregation which is now steadily attritioning. NRA-cer­ti­fied instructors offer concealed-carry exam prep classes on lobby brochures, among other slickly-designed propaganda portraying smiling, happy white people. Images of blacks and minorities appear mainly in the context of charity—food banks and helping the underserved—and, of course, the ubiquitous outreach solicitations featuring some sad-faced dusty black kid on the cover. Write the check; feed the sad-faced dusty black kid. And my email receives regular dispatches from the mind of this starkly-conservative pastor, telling me what I should be doing and who I should be voting for.

I am so sick of turning on the news and seeing, yet again, some white conservative blowhard preacher telling me Jesus commanded me to protect the sanctity of marriage. Jesus did no such thing. Paul preached *against* marriage except as sexual relief for men who cannot control themselves [I Cor 7]. Pastor Bigmouth insists followers of Christ must speak for the unborn. He is lying. Not only did Christ never issue such instructions, there isn’t even a biblical model for the practice. There is absolutely no biblical model for much of the conservative Christian agenda. I don’t believe Jesus would form a SuperPac and cozy up to politicians He’d know, full well, were just using Him. Jesus stayed focused. He didn’t allow Himself to become distracted.

When Jesus walked the earth there were a great many things going on, approved by both the community and the government, which Jesus would never endorse, but He mounted no campaigns, started no petitions, organized no rallies, nor did He teach us to. Jesus focused on doing the will of His Father, and did not allow His ministry to suffer from worldly distractions. They brought Him a woman caught in adultery… what was His response? Condemn her? Engage in debate? Defend her behavior? Lobby Congress? Go on CNN? [John 8:1-11] He said nothing, He took no direct action. He drew in the sand with His finger and waited for the religious blowhards to exhaust their stupid arguments.

Wikipedia
One argument questioning the legitimacy of the Christian right is that Jesus Christ may be considered a leftist on the modern political spectrum. Jesus' concern with the poor and feeding the hungry, among other things, are core attributes of modern-day Socialism and opposition to the social disparity viewed by those on the right-wing as inevitable or favourable. Some criticize what they see as a politicization of Christianity because they say Jesus transcends our political concepts. Mikhail Gorbachev referred to Jesus as "the first Socialist."

Christ’s loyalty was not to the political framework or even to a “Christian” culture but to the eccentricities of the specific case. He dealt with the person before Him—one on one, just as she was. He neither condemned nor defended her choices but, instead, offered love and forgiveness. Jesus was a Man of peace Who, we presuppose, was certainly empathetic with the suffering of others and the corruption of the Roman Empire whose vassal Judah was at the time, but He never sought to change or even to engage the government or lobby the religious leaders of His day. Changing things politically was not His mission. His followers assumed it was, which was mainly why they all scattered after His arrest; they realized Jesus was not, in fact going to overthrow the government.

Yet, that was precisely what the religious leaders accused Christ of when they dragged him to the secular judges: sedition. The religious leaders saw Jesus as a threat to their personal status and needed him to be killed, but could not risk doing so themselves because it would violate Jewish Law and they’d lose their position anyway. So they turned to the Romans—whom they actively hated—and lied; trumped up false charges that Jesus was out to change the government.

Jesus never attempted any such thing. Yet today, here’s all these conservative Christian bloviaters shnooking us for cash while they claim to do precisely that: rail against, encourage dissent against, and possibly overthrow the U.S. government for not adhering to their vision of “Christian” principles. 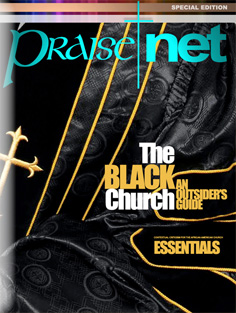 Then the whole assembly rose and led him off to Pilate. 2 And they began to accuse him, saying, "We have found this man subverting our nation. He opposes payment of taxes to Caesar and claims to be Christ, a king." 3 So Pilate asked Jesus, "Are you the king of the Jews?" "Yes, it is as you say," Jesus replied. 4 Then Pilate announced to the chief priests and the crowd, "I find no basis for a charge against this man."

12 That day Herod and Pilate became friends--before this they had been enemies. 13 Pilate called together the chief priests, the rulers and the people, 14 and said to them, "You brought me this man as one who was inciting the people to rebellion. I have examined him in your presence and have found no basis for your charges against him. 15 Neither has Herod, for he sent him back to us; as you can see, he has done nothing to deserve death.  —Luke 23  NIV

The Christian Right is ideologically dyslexic in its claim to Christ while un­a­pol­o­get­ic­al­ly practicing hatred in His name.

Christian right or religious right is a term used mainly in the United States to describe right-wing Christian political factions that are characterized by their strong support of socially conservative policies. Christian conservatives principally seek to apply their understanding of the teachings of Christianity to politics and public policy by proclaiming the value of those teachings or by seeking to use those teachings to influence law and public policy.[1]

In the U.S., the Christian right is an informal coalition formed around a core of evangelical Protestants and Catholics.[2][3][4] The Christian right draws additional support from politically conservative mainline Protestants, Jews, and Mormons.[2][5] The movement has its roots in American politics going back as far as the 1940s and has been especially influential since the 1970s.[6][7] Their influence draws, in part, from grassroots activism as well as their focus on social issues and ability to motivate the electorate around those issues.[8] The Christian right is notable today for advancing socially conservative positions on issues including school prayer, intelligent design, stem cell research,[9] homosexuality,[10] contraception, abortion,[11] and pornography.[12]

Although the Christian right is usually associated with the U.S., similar movements have been a key factor in the politics of Canada, the Netherlands, Northern Ireland and Australia, among others.