2013 was, undeniably, the worst year of Barack Obama’s presidency. That a glitchy site could tarnish an entire year of a U.S. presidency speaks to how endemically fragile, and thus endemically flawed, Obama’s presidency is. It is fair to say the most recent Congress, which has entered the history books as the least productive Congress in the nation’s history, has put their irrational hatred of Barack Obama above their love and obligation to the country. From my chair, the president gets an A+ for his amazing vision and ambitious goals, but perhaps a B-minus for his actual achievements if we’re grading on a curve.

A surprising failure to pass even a tepid, half-

a-loaf guns bill set the tone for President Barack Obama’s first post-reelection year. A tragic mass shooting at a Connecticut elementary school derailed the energetic, progressive and, my opinion, unrealistic and overly-liberal agenda Obama laid out in his second inaugural address, and it’s been downhill ever since. Several subsequent school shootings have now become fairly routine, the nation desensitized to an unspeakable horror as the redneck lobby continues to refuse to budge on even modest gun reform or, for that matter, gun accountability. This was followed by NSA clerk Edward Snowden leaking embarrassing government secrets—which were only secrets in the sense that those operations had not been officially confirmed. Everybody already assumes the government is reading our email and tapping our phones. I reacted with a shrug as in, “So? What else is new?” The president has been on defense on the quagmire in Syria, the military coup in Egypt, and the GOP’s constant flogging of the massacre in Benghazi, Libya, all political no-wins for the president. He was B-slapped on Susan Rice and is upstaged in the news every time Hillary Clinton clears her throat. All of which overshadowed a recovering economy, falling unemployment and a rising Gross Domestic Product (how we measure the strength of the economy). The president made the first real progress with Iran in two generations, stared down the GOP clown car—driven by the certifiably insane Senator Ted Cruz—on the government shutdown, and presided over the historic achievement of providing health care to all American citizens. None of that mattered. The president limps away from 2013 battle-scarred and saddled with the worst poll numbers of his presidency if not his political life. Having launched his second term as a firebrand bursting with energy, this president has achieved a lame duck status faster than any I can remember.

2013 was, undeniably, the worst year of Barack Obama’s presidency. This was due, disproportionately so, to a malfunctioning website. That a glitchy site could tarnish an entire year of a U.S. presidency speaks to how endemically fragile, and thus endemically flawed, Obama’s presidency is. As I see it, this is due to the unforeseen shortcomings of the man himself. Hillary Clinton ran a bad ad hoc campaign against the then-Illinois senator claiming his lack of experience would undermine his presidency. That hasn’t turned out to be the case. What is true, however, is the president’s greatest attributes—his maturity, thoughtfulness and patience—became the biggest hindrances to his effective governance.

Obama lacks a certain Lyndon Johnson-ness, a quality most excellently demonstrated in Steven Spielberg’s wonderful epic Lincoln, wherein our 16th president was depicted twisting arms, coercing, threatening, bribing and, yes, lying outright in order to get the 14th Amendment to the U.S. Constitution passed and end slavery in this country permanently. Lincoln told a tale of complex morality with an ends-justifying-means ethical ambiguity that would likely challenge this other great president from Illinois. Lincoln was a schmoozer, while Lyndon Baines Johnson was a bully. No one saw Johnson as a great president but as a guy sitting in the right chair when fate (or the CIA, however you look at it) dealt its hand. But Johnson was, likely, the greatest and most effective politician of his time. He knew the art of the deal and he ran roughshod over Capitol Hill like a Mafia Don, often riding John F. Kennedy’s corpse up the Capitol steps to get his way. Johnson was not above embarrassing members of Congress publicly or privately, on the phone using ribald language of which we (so far) do not suspect President Obama. Johnson would not only twist arms, he would break them off and beat Congress with them when necessary. He made good on his promises and his threats were real. 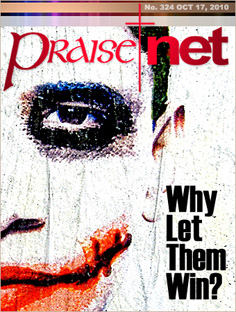 The major flaw to Barack Obama’s presidency, as I see it, is nobody’s afraid of him. Nobody seemed afraid of Lincoln, either, if Spielberg’s film is accurate. They held Lincoln in at least as much contempt as they did Obama. They also likely held Johnson in contempt, but they feared Johnson and knew he would not only jack them up if they didn’t cooperate to whatever degree, but that Johnson would actually delight in doing so. So far as I can tell, President Obama has elicited little if any political retribution against the legion of insane nut jobs comprising the 112th and 113th Congresses, congresses you (or people just like you) voted in when you skipped the 2010 midterm elections and let Grampa Ike and the Klan make your decisions for you; irrational people casting irrational votes out of irrational fear of a black president. The same thing is likely to occur in 2014. We showed up in power to re-elect our president, but tune out when it comes to providing him a Congress he can work with. Part of being Stupid People is the enduring nonsensical idea of the president as king or emperor. We fail to educate ourselves about even the most basic facts of governance, so we don’t realize or we don’t remember that a president is only as effective as the Congress he has to work with. In 2010, most of us, most minorities and young people especially, stayed home, leaving vital choices up to the Duck Dynasty crowd. This is where the lunatics who nearly sent the global economy into a second Great Depression came from, Stupid People who repeatedly held hostage the country’s very existence over their third-grader’s understanding of global economics in the service of their irrational hatred of this president. It is fair to say the most recent Congress, which has entered the history books as the least productive Congress in the nation’s history, has put their irrational hatred of Barack Obama above their love and obligation to the country. They hate him, period. And, if you held a gun to their head, they could not rationally explain why. That’s how racism works, that’s how deadly and destructive that evil is, and that’s how deeply embedded in the nation’s DNA it is.

I have a tough time understanding how any of this came as a surprise to Barack Obama—a thoughtful, articulate, educated, mature grown-up. How he couldn’t apparently see any of the gridlock coming is beyond me. His 2010 campaigning was far too little and much too late. And, us being us, we were far too satisfied by our 2008 win, having stuck it to the man, to realize sitting out 2010 would hand real power to irrational nut jobs like Michele Bachmann and Ted Cruz. The difference between the two: Cruz is a highly intelligent and thoughtful man who knows how stupid, underinformed and tribal his base constituency is. Cruz exploits that stupidity and fear, lying and preaching doom while knowing, for a fact, he’s running a hustle on bigots who embrace rhetoric over logic. Bachmann, on the other hand, actually is one of those people. Underinformed, paranoid, tribal, stupid. Stupid does not mean dumb or even uneducated. Stupid means a choice to embrace rhetoric over logic and to cling to tribalism rather than to evolve. Ted Cruz exploits Stupid People, Michael Bachmann actually is one of the stupid people. Sarah Palin is Queen of The Stupid People.

Beloved, think it not strange concerning the fiery trial which is to try you, as though some strange thing happened unto you: 13 But rejoice , inasmuch as ye are partakers of Christ's sufferings; that, when his glory shall be revealed, ye may be glad also with exceeding joy . 14 If ye be reproached for the name of Christ, happy are ye; for the spirit of glory and of God resteth upon you: on their part he is evil spoken of , but on your part he is glorified . 15 But let none of you suffer as a murderer, or as a thief, or as an evildoer, or as a busybody in other men's matters. 16 Yet if any man suffer as a Christian, let him not be ashamed ; but let him glorify God on this behalf. 17 For the time is come that judgment must begin at the house of God: and if it first begin at us, what shall the end be of them that obey not the gospel of God? 18 And if the righteous scarcely be saved , where shall the ungodly and the sinner appear ? 19 Wherefore let them that suffer according to the will of God commit the keeping of their souls to him in well doing, as unto a faithful Creator.
—I Peter 4:12-19