He wasn't a perfect man. He wasn't a messiah. He was dragged into the civil rights movement and only reluctantly accepted his inevitable destiny as its focal point. But I'll take him, blemishes and all, as someone who taught me— albeit posthumously— to believe in a higher ideal than the ugly state of affairs we, as African Americans, daily find ourselves in. King's gospel wasn't an “over yonder” gospel. It was a Stick Your Neck Out Gospel. A Spend Your Last Dime Gospel. A powerful example of true and relevant ministry.

There was all of this... screaming.

All through the house, women screaming, a blood-curdling howl that absolutely terrified me. Then people were running, as if they were insane, slamming into walls, heading outside, picking up the phone. It was so very loud, and so very terrifying and I had absolutely no idea what was going on. These were people who were, typically, drunk all the time anyway. Black ghetto folk who enjoyed barbecues and Motown records. Who made me sing in my pajamas before I went off to a restless sleep as they partied well into the night. Parties that inevitably ended up in screaming anyway, domestic squabbles and, on at least two occasions, bloody violence.

So, yeah, I was used to the screaming. But that day, something was different. That day's loudness had a ghastly quality that I, at age seven, could not assimilate into the typical black folk cacophony. That night, there was no singing.

Martin Luther King Jr. was dead. And I didn't even know who he was.

I remember asking, “Who is Martin Luther King?”

and one of the party guests screamed at me, calling me ignorant and other things. They may have screamed at my mother, I don't recall. But I do recall my sister and I being put on a steady regiment of Black History studies. My mother, a Licensed Practical Nurse barely treading water above the poverty line as she raised two children on her own, nevertheless begged, borrowed, or stole the money to buy us a set of black history encyclopedias, and dedicated herself to our regular, monitored study of black history— a subject we were certainly not being taught in the white, predominately Jewish grade school we attended in Little Neck.

Mom forced us, on pain of the belt, to learn who Dr. Martin Luther King Jr. was, and what he stood for. And, as I did, I tried to reconcile what I was learning about the man and his mission with the drunks at the party.

See, as a kid, I was always around drunks. My mother wasn't a drunk, but she would always take us to these parties where people drank. And I began to associate the smell of alcohol with people getting stabbed, women being abused and cursed out, and people driving into trees with us in the back seat. That's probably why I've never had a drink in my life, and, likely, never will.

My greatest living example of black people in America has been, largely, anti-intellectual and anti-social. People who use foul language to excess. Who party to excess. Who ridicule academic and intellectual and even spiritual pursuits. Loud, greasy, ignorant, drunk black people. Who thought it was funny to ridicule me about loving books and music and church, and for wearing glasses and being more interested in learning than in basketball. This was black people to me.

Then, under a voluntary busing program, mom sent me to grade school in a Jewish neighborhood, hoping I'd get a better education than I would at the school around the corner. I did and I didn't. In Little Neck, I was alienated from my own race. And, sadly, I took great comfort in that. I felt safe in Little Neck. I was around people who spoke in complete sentences, and whose days weren't filled with the terror that surrounded me at home.

The few times I stayed over some friend's house in Little Neck, I was The Novelty Item: the little black kid on a sleepover. My, how progressive and liberal these parents were. At age seven I was in tune enough to pick up on the pride, the swelled chests of these white Jewish liberal parents, allowing me to play with their children and sleep in their beds.

These people had carpeting. I had never seen carpeting. Their TV was in color. I had never in my life even known TV came in color. And they had something called an air conditioner, that kept the house cool even in the summer. It was wonderful. It was magic. And I hated my home and hated my so-called friends and hated my own race— these ignorant drunk bastards tripping over me and spilling the beer they swilled night and day. These people who screamed when Martin Luther King died, as if they actually lived lives worthy of what he stood for.

I've frequently heard people say they'll never forget where they were the day John F. Kennedy was shot. I was too young for Kennedy, but today, at 40, I can still hear the screaming.

He wasn't a perfect man. He wasn't a messiah. He was dragged into the civil rights movement and only reluctantly accepted his inevitable destiny as its focal point. But I'll take him, blemishes and all, as someone who taught me— albeit posthumously— to believe in a higher ideal than the ugly state of affairs we, as African Americans, daily find ourselves in. And, while several states refuse to acknowledge his national holiday, and many of us, of all races, go about our daily lives with barely an acknowledgement of the man, his greatness, his sacrifice, and his glorious victory for us, all of us, cannot be diminished by our indifference, cynicism, or ignorance.

“A relevant ministry.” In King's case, the understatement of the century. King attended Crozer Theological Seminary in Chester, Pennsylvania, to continue his study of Christian theology and philosophy. Here he received intensive instruction in the “Social Gospel” of Walter Rauschenbusch, which stressed that Christianity should be an instrument for reforming social institutions, and in the “Christian Realism” of Reinhold Niebuhr, with its emphasis upon the inherent sinfulness of man and the pervasiveness of evil. He was introduced also to Mahatma Gandi's philosophy of non-violent resistance and to Henry David Thoreau's theory of civil disobedience. [1]

King's gospel wasn't an “over yonder” gospel. It wasn't a “we'll try and schedule it after the Nurse's Auxiliary Annual Weenie Roast” Gospel. It wasn't the pathetic caricature the Black church has in large part become in the decades since his death. It was a Stick Your Neck Out Gospel. A Spend Your Last Dime Gospel. A powerful example of true and relevant ministry:

Let us develop a kind of dangerous unselfishness. One day a man came to Jesus; and he wanted to raise some questions about some vital matters in life. At points, he wanted to trick Jesus, and show him that he knew a little more than Jesus knew, and through this, throw him off base. Now that question could have easily ended up in a philosophical and theological debate. But Jesus immediately pulled that question from mid-air, and placed it on a dangerous curve between Jerusalem and Jericho. And he talked about a certain man, who fell among thieves. You remember that a Levite and a priest passed by on the other side. They didn't stop to help him. And finally a man of another race came by. He got down from his beast, decided not to be compassionate by proxy. But with him, administered first aid, and helped the man in need. Jesus ended up saying, this was the good man, because he had the capacity to project the “I” into the “thou,” and to be concerned about his brother. Now you know, we use our imagination a great deal to try to determine why the priest and the Levite didn't stop.

At times we say they were busy going to church meetings—an ecclesiastical gathering—and they had to get on down to Jerusalem so they wouldn't be late for their meeting. At other times we would speculate that there was a religious law that “One who was engaged in religious ceremonials was not to touch a human body twenty-four hours before the ceremony.” And every now and then we begin to wonder whether maybe they were not going down to Jerusalem, or down to Jericho, rather to organize a “Jericho Road Improvement Association.” That's a possibility. Maybe they felt that it was better to deal with the problem from the casual root, rather than to get bogged down with an individual effort. 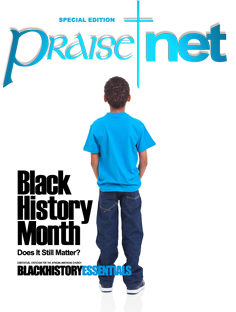 “And he said unto him, 'Thou has answered right: this do, and thou shalt live.'

“But he, willing to justify himself, said unto Jesus, 'And who is my neighbour?'”

Martin Luther King, Jr.
(January 15, 1929 – April 4, 1968)
was an American clergyman, activist, and prominent leader in the African American civil rights movement. He is best known for being an iconic figure in the advancement of civil rights in the United States and around the world, using nonviolent methods following the teachings of Mahatma Gandhi. King is often presented as a heroic leader in the history of modern American liberalism.

A Baptist minister, King became a civil rights activist early in his career. He led the 1955 Montgomery Bus Boycott and helped found the Southern Christian Leadership Conference in 1957, serving as its first president. King's efforts led to the 1963 March on Washington, where King delivered his "I Have a Dream" speech. There, he expanded American values to include the vision of a color blind society, and established his reputation as one of the greatest orators in American history.

In 1964, King became the youngest person to receive the Nobel Peace Prize for his work to end racial segregation and racial discrimination through civil disobedience and other nonviolent means. By the time of his death in 1968, he had refocused his efforts on ending poverty and stopping the Vietnam War.

King was assassinated on April 4, 1968, in Memphis, Tennessee. He was posthumously awarded the Presidential Medal of Freedom in 1977 and Congressional Gold Medal in 2004; Martin Luther King, Jr. Day was established as a U.S. federal holiday in 1986.

I Have a Dream, Dr. King's 17-minute public speech delivered on August 28, 1963, in which he called for an end to racism in the United States. The speech, delivered to over 200,000 civil rights supporters from the steps of the Lincoln Memorial during the March on Washington for Jobs and Freedom, was a defining moment of the American Civil Rights Movement. Click To Play