Many blacks feel our church is one of an increasingly few things that are uniquely our own. Salting in “white” praise music diminishes that uniqueness and stirs up deep-seated bitterness. Black churches offer a smiling handshake, but there’s a lot of anger in the black community. Going to a place where you’re outnumbered, and where the cultural norm is not your own, is a daunting experience. I could never join a church which would require me to stop being who I am. Diversity implies risk. It is impossible for your church to embrace inclusivity without growing pains. Personally, I’ve always thought an alarmed church to be a good thing.

These days, there’s a lot of lip service going on about diversity in churches, both white and black. Most of it is just that—lip service. True diversity means not just collecting different ethnicities for your website photos. True diversity means real acceptance, and acceptance is hard to achieve. I know a lot of white churches that welcome me when I visit, but they welcome me as a visitor, the way we welcome a temporary house guest knowing they are, in fact, temporary. Welcoming people who are different, I mean really different, into our midst is a difficult thing to do. It is a real test of our faith because, when you welcome someone into your home permanently, you welcome their way of doing things as well. Where they hang their hat. Whether they squeeze the toothpaste from the bottom or, barbarically, leave giant thumb prints in the center of the tube. Toilet seat up or down. Maybe they are neat freaks who drive you insane. Maybe they are slobs who drive you insane.

Many churches, especially black churches, talk about diversity because diversity can lead to church growth and church growth nearly always means more money. As we’ve discussed, if your prime motive for church growth is money—which I’d imagine it nearly always is—then your motives are wrong and God can’t breathe on your project. True church growth has to be properly motivated above and beyond the material needs of your church: it has to be about building God’s kingdom. In order to build God’s kingdom, you may need to let go of the embedded personality of your church, broadening your cultural base in order to become all things to all men in order to win some for Jesus Christ [I Cor 9:22]. For many of us, change is threatening. For many white churches, a black face on the horizon can be extremely threatening. Thus, in my experience, a lot of white-led churches with perceptible black demographics still look and sound like white churches. Black culture is not assimilated into that ministry, it is instead eliminated from those congregants; black members having to leave their culture in the parking lot as the way things are done in worship are at best culturally neutral. 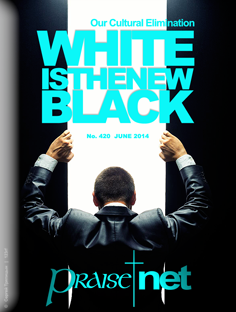 Neutralizing all culture is not the solution. True inclusivity requires we embrace and celebrate each other’s culture. In order for whites to become less anxious around or suspicious of blacks, whites must be willing to learn and become familiar with us and with our culture. This can’t happen in a culture blender where all accents are virtually eliminated and where everything is reduced to neutral. Bland and neutral, almost by definition, default to “white.” Simply deciding what “neutrality” means is a cultural decision. Pastors deciding to not offend anybody by not having any sharp edges on anything at the church are, in fact, making a cultural choice: white culture, the baseline American Gothic which forms the benchmark of virtually all Christian teaching of any cultural persuasion. This American Dream baseline of the nuclear family--husband, wife, two kids, a house in suburbia, a Chevy and  dog, is the movie playing in the minds of most if of all pastors as they seek to counsel and mold their congregants. As I discuss here, the American Gothic is a terrible distortion of reality and is not in any way biblical. Embracing this foolishness as the American standard of normalcy is the root cause of bigotry, misogyny  and homophobia in this country as the American Gothic is considered "normal" and anyone who does not emulate or desire to achieve it is considered deviant. The American Gothic forms the baseline standard of the typical white church across virtually all denominations and is the competitive standard the black church tends to use to measure personal status and success: how close we are to achieving parity with whites and using their yardstick to measure our success and to determine what is considered "normal" in our lives.

not the largest, but certainly in the top five, that once had what I’d consider a thriving multicultural experience. I was quite impressed by this ministry and by my worship experience there. A white-led ministry, the worship service nonetheless incorporated black culture and music, some Latino music (including a spontaneous prayer conga line that was both fun and perplexing as nothing so outrageous would ever be tolerated in a black church). Groups of teens just spontaneously broke out into dance circles, enjoying themselves, dancing to praise music and worshipping God. The music was half Michael W. Smith and half Fred Hammond, and not Elevator Music Fred Hammond: the band played the black stuff exactly the way it sounded on the CD, with all the earnestness of our black tradition, and they played the white and Latin music styles (remember that conga line) with exactly the same earnestness. The pastor got up to preach and spoke to everyone with a warm universality incorporating multimedia from disparate cultural sources. A Korean-language church met on the premises in the chapel. It was a great place. I once spoke to the minister of music, a black man, and he explained the church’s goal was diversity and inclusion. His approach to the music was exacting, trying to balance the cultural palette of the music, not necessarily to please everybody (which he acknowledged would be impossible), but to expose everybody to varying styles and, in so doing, expand everyone’s comfort zone and making everyone feel welcome.

Because there simply wasn’t much there to engage me, not much there that spoke to me, church membership never became a serious consideration. I could never join a church which would require me to stop being who I am or make me leave who I was am in the parking lot; wipe my feet before entering. It’s been a couple years now, and I know a great many black families, frustrated by the poor state of worship in our black churches here, who have migrated to this church. It is my sincere prayer they’ve moved past what appeared to be a policy of cultural elimination or cultural indifference. I sincerely hope Fred Hammond’s music is being played there again. 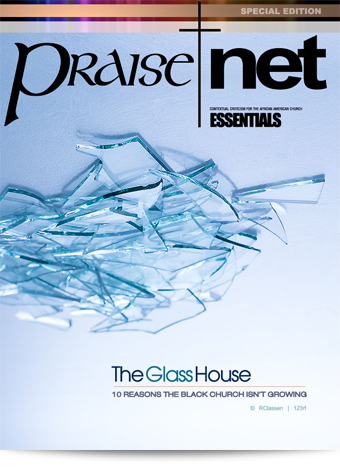 The next day as they were leaving Bethany, Jesus was hungry. Seeing in the distance a fig tree in leaf, he went to find out if it had any fruit. When he reached it, he found nothing but leaves, because it was not the season for figs. Then he said to the tree, "May no one ever eat fruit from you again." And his disciples heard him say it. On reaching Jerusalem, Jesus entered the temple area and began driving out those who were buying and selling there. He overturned the tables of the money changers and the benches of those selling doves, and would not allow anyone to carry merchandise through the temple courts. And as he taught them, he said, "Is it not written: "'My house will be called a house of prayer for all nations'? But you have made it 'a den of robbers.'" The chief priests and the teachers of the law heard this and began looking for a way to kill him, for they feared him, because the whole crowd was amazed at his teaching.  —Mark 11:12-18