Our Response To The Cross

I submit that the greater sacrifice Jesus made was not going to the cross, but in coming back to us after it. To revisit people who scorned and hated Him, who lied to Him and lied on Him. Who tortured and abused Him, falsely convicted Him and hammered spikes through Him. The word “resurrection” invokes the gloom of an empty tomb and the desperation of women crushed by the apparent desecration of a cherished loved one, only to find comfort in the Good News that, although they'd come seeking the dead, there was no dead to be found.

I used to work at the Port Authority of New York,

which was near Times Square in New York City. In those days, you could see anything and likely every imaginable thing walking or crawling around Times Square, including a lot of religious zealots. I once saw a man with a big sandwich board— a large sign, strapped to his chest— that read, “JESUS DIED FOR YOU.” And, see, I've always thought this was not quite the right message, that it was the wrong advertisement for the right product. I'd have rather his sign said, “JESUS LIVES FOR YOU.” Not to minimize the importance and significance of our Savior's suffering and His death, but I personally do not believe it was God's intention to end the story at the cross. This is a story that transcends things like suffering and death and, in fact, transforms both from a common atrocity of man into an uncommon miracle of God.

With each passing year it becomes more of a struggle to keep our minds focused on what we are celebrating. Television and magazines abound with images of Charlton Heston parting the Red Sea for the 46th time, and a suffering, tortured Christ, writhing in agony and abandoned by the very Father Who sent Him. It's all very dramatic, this passion measured in blood, this Christ on the cross Whose epic cruciation redeemed us from consequences too terrible to contemplate, and saved us from our own ignorance.

And, oddly, most all of this misses the real point: not only did Jesus go to Calvary, but He Came Back. 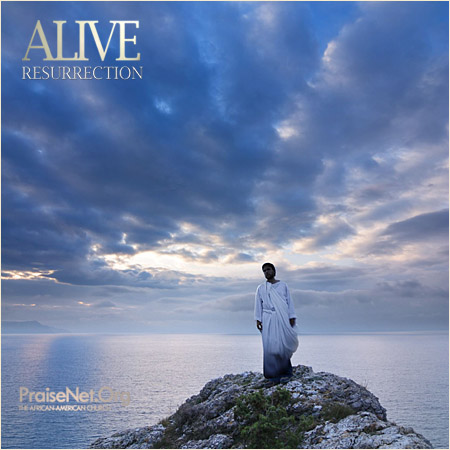 He walked among us. We put our hand in His side. We heard Him teach and We ate with Him. With all the focus on His suffering and His sacrifice, most of the time we make His return a footnote, a brief epilogue, a rosy moment before the commercial break and closing credits. Just once, I'd like to see a movie that allocates most of its run time to Christ's resurrection, to the traumatic impact that must have had on His followers, such that it formed the foundation of a belief system that endures nearly two millennia after His ascension.

He Came Back. Sounds like a fairy tale. After all, it defies belief. The very idea irritates rationalists and literalists and theorists and scholars— learned men and women determined to explain God by means of fallible human intellect and scientific theory. He Came Back irritates these people to death. Want to start an argument? Just tell somebody He Came Back.

Jesus said it is easier for a camel to pass through the eye of a needle than it is for a rich man to enter into heaven (Matt. 19:24). Not because they're rich, but because their faith is in gold rather than in God. I believe the same can be said of intellectuals. Intellectual faith is in empiricism: Things We Can Prove, rather than in catechism: Things We Believe. We Can Prove the Earth spins on its axis and revolves around the sun, that the sun does not, in fact, travel across the sky, but that this globe travels a circuitous path around the star. We Believe, however, that God, in His omnipotence, stopped the Earth from spinning and kept the sun shining over Joshua's army at Gibeon, and the moon over the Valley of Ajalon (Joshua 10:12-14). “...And there was no day like that before it or after it, that the Lord hearkened unto the voice of a man: for the Lord fought for Israel.”

Intellect tells us, had the Earth stopped on its axis less than six thousand years ago, there would be empirical evidence of ecological disasters— the planet ripping itself apart from tremendous gravitational forces. Faith, on the other hand, tells us an omnipotent God is beyond the laws of nature and transcends the evidence of science. An omnipotent God could not only halt the rotation of the earth, fixing day in one place and night in another, but He could stay the disastrous consequences of such an act with the most infinitesimal gesture of His all-powerful hand.

These are things intellectuals struggle with. These intellectuals who dismiss faith as irrational and childish, and then get on a plane piloted by someone they've never met, whose credentials they've never examined and whose mental state they have no way of knowing anything about. These people who doze off on buses and ride in elevators and eat in restaurants, having never once seen the chef. These intellectuals, who claim to have no faith, in fact practice faith each and every day.

Intellectuals wrestle with the Resurrection of Jesus Christ because they can't prove it. They won't believe it because they can't document it. Faith is, in essence, a choice: a choice to believe— often in spite of our intellect and denying those things which we can prove and which we can document— and transcend our mortal existence to commune with something greater than ourselves: the substance of things hoped for, the evidence of things not seen.     CONTINUED 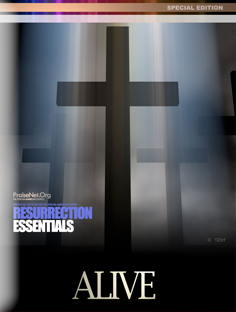 The former treatise have I made, O Theophilus, of all that Jesus began both to do and teach, Until the day in which he was taken up, after that he through the Holy Ghost had given commandments unto the apostles whom he had chosen: To whom also he shewed himself alive after his passion by many infallible proofs, being seen of them forty days, and speaking of the things pertaining to the kingdom of God: And, being assembled together with them, commanded them that they should not depart from Jerusalem, but wait for the promise of the Father, which, saith he, ye have heard of me. —The Acts of The Apostles 1:1-4

Because of Easter's pagan origins, and also because of the commercialization of Easter, many Christian churches choose to refer to the holiday as Resurrection Sunday.

On Resurrection Sunday, Christians celebrate the resurrection of the Lord, Jesus Christ. It is typically the most well-attended Sunday service of the year for Christian churches.

Christians believe, according to Scripture, that Jesus came back to life, or was raised from the dead, three days after his death on the cross. As part of the Resurrection season, the death of Jesus Christ by crucifixion is commemorated on Good Friday, always the Friday just before Resurrection Sunday. Through his death, burial, and resurrection, Jesus paid the penalty for sin, thus purchasing for all who believe in him, eternal life in Christ Jesus.